Publications by the Conditional Release Panel

The Conditional Release Panel (hereinafter Panel) is a special and independent body in decision making, established by Kosovo Judicial Council in compliance with legal provisions of Criminal Code of Republic of Kosovo and with the Law on Criminal Sanctions Execution.

Currently the panel is composed by:

The panel is responsible for reviewing all requests and proposals for conditional release based on reports drafted by professional teams and Kosovo correctional institutions. Against the decision of conditional release panel it is not allowed to be appealed or initiated any administrative conflict.

The panel is supported and represented by its coordinator, the role and function of which is determined within the Kosovo Judicial Council. The conditional release panel coordinator is responsible for all the works and supporting activities of the panel, taking of the progress of Conditional release panel and implementation of applicable legislation for the respective procedures upon receipt and review of sentenced persons’ requests, submitted by Kosovo Correctional Service and coordinates the activities with Kosovo Probation Service in terms of supervising conditional release persons. 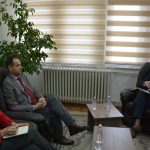 Chair, Çoçaj, hosted a meeting with representatives of the Civil Code Project 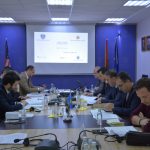 The ICT / CMIS Project Steering Board held its next meeting 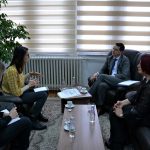 KJC continues cooperation with the Office of Council of Europe 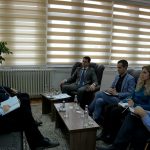 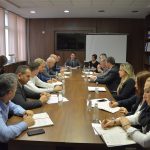