USAID gives a donation to the Kosovo courts 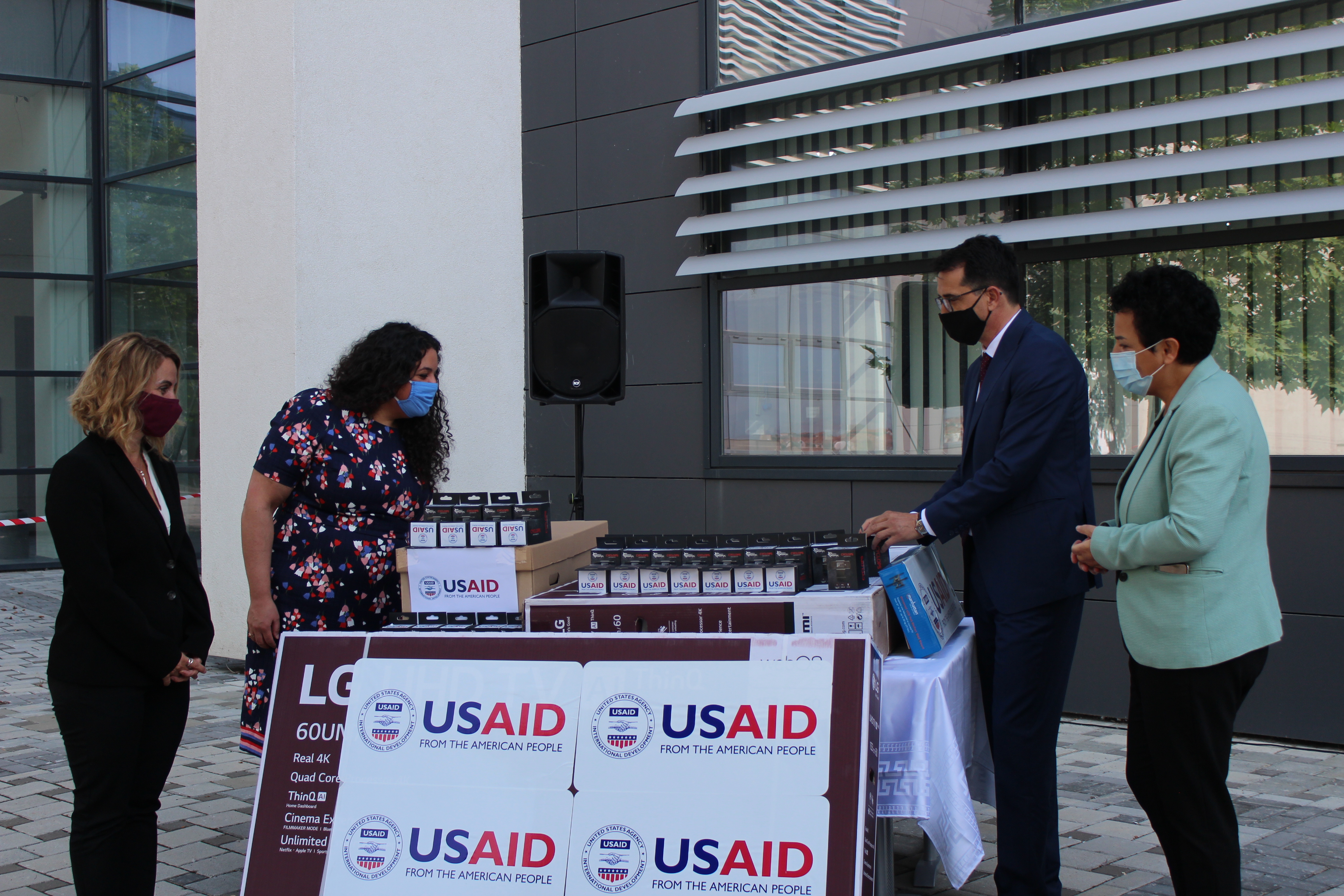 Pristina, 15.09.2020 – To create the conditions for holding online court hearings and to meet the needs of courts and judges, the Kosovo Judicial Council (KJC) has today received technical equipment from the USAID Program for Strengthening of Justice System (JSSP).
USAID Acting Deputy Mission Director, Zeinah Salah said USAID will continue to support the Kosovo judiciary by meeting its needs for transparency and accountability to the people of Kosovo.

KJC Chair, Skender Çoçaj, thanked USAID for the Mission’s continued support to Kosovo institutions and said that the Council, in coordination with court presidents and with the support of the JSSP Program, has begun piloting online hearings in several basic courts.

“Such an initiative has been successful, and we think that in certain circumstances, holding online hearings is one of the alternatives to enable the courts to continue working. I believe that from now on, with this donation, the courts will find it much easier to organize and hold online hearings “, said Çoçaj.