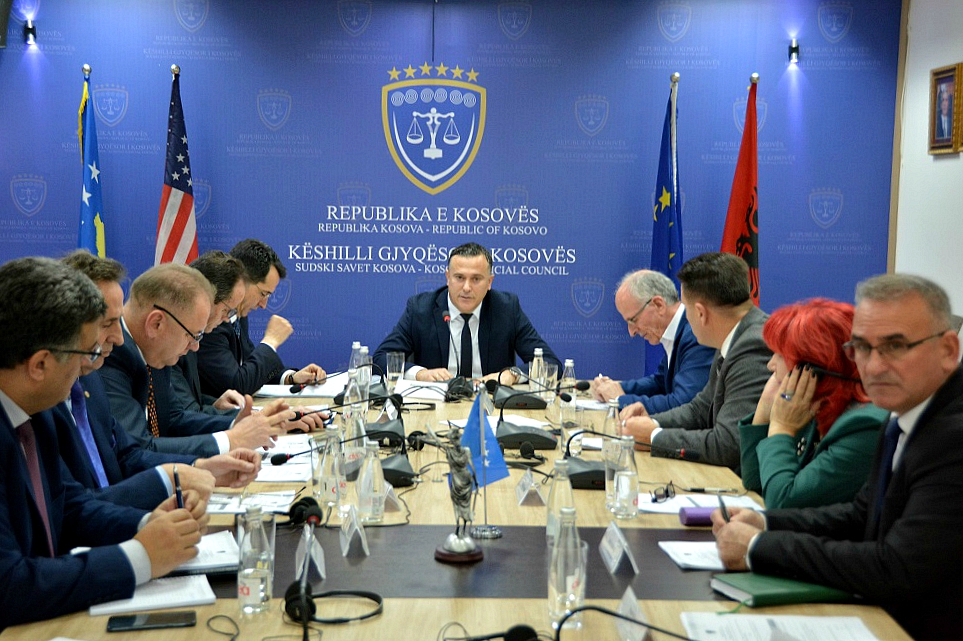 Pristina, 23 December 2019 – The meeting of the Assembly of Court Presidents and Supervisory Judges lead by its president Bashkim Hyseni, President of the Basic Court in Ferizaj, was held today. The following items were discussed during the meeting: Implementation of the Instruction on Punitive Policy by the courts; Annulment of court decisions and discussion on the ways to increase the standard and quality of decisions; Strategic Plan 2020-2023; Discussion on adjourning court hearings; Notice on Appointment of Supervising Judges as Members of the Assembly for 2020.

The President of the Assembly, Bashkim Hyseni, opened the meeting by discussing the implementation of the Instruction on sanctioning policy by courts, proposing the Kosovo Judicial Council (KJC) to issue a recommendation to the courts, to start reporting on a monthly basis about the implementation of this instruction, starting with the Serious Crimes Departments and the Special Department, with the aim of harmonizing the punitive policy in all courts.

Further, the cancellation of court decisions and ways of increasing the standard and quality of decisions was discussed. President Hyseni requested that the KJC address this issue together with the Court of Appeals, the Academy of Justice and the Presidents of Basic Courts, in order to minimize the causes of the annulled decisions.

During this meeting, it was requested that Presidents of Courts and Supervising Judges submit their proposals, comments or ideas on the Strategic Plan 2020-2023 for the Kosovo Judiciary, in order to finally have a more practical plan.

Furthermore, President Hyseni asked the KJC to establish a Committee of Judges to analyze the adjournment of court hearings and then make a recommendation in order to reduce the number of adjourned hearings.

Among other things, the Chair of the KJC, Mr. Skender Çoçaj, informed members that the greatest focus of the KJC during 2020 will be handling of corruption cases in terms of their progress and duration.