The KJC 247 meeting is held 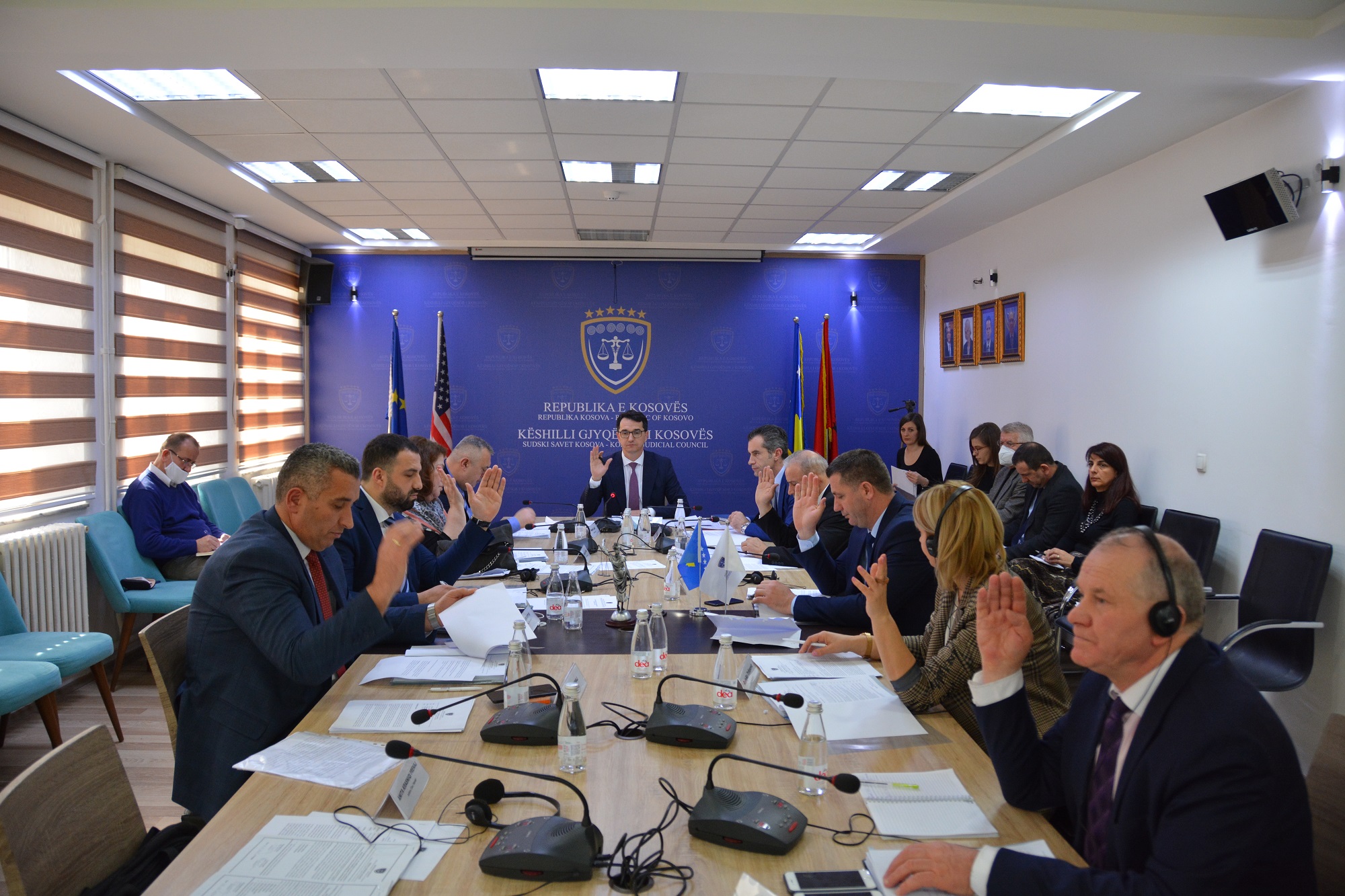 Prishtina, 19.02.2021 – The Kosovo Judicial Council (KJC) has held its 247th meeting in a row, chaired by Chair, Skender Çoçaj, in which case the items were discussed and approved according to the agenda.

The meeting began with the notification regarding the end of the mandate of two members of the Council, Judge Manushe Karaqi and Judge Muhamet Rexha, whom the Chair, on behalf of the Council, thanked for their work and commitment.

The Council, after voting, elected judge Qerim Ademaj to the position of Deputy KJC Chair and set March 10, 2021 as the date for holding elections for members of the KJC, from among the judges of the Supreme Court and the Court of Appeals. The Council also approved the ballot form, the list of candidates, the list of judges with the right to vote and the reports of the commissions.

During the meeting, the Council appointed judge Shpresa Hasaj – Hyseni, regular member of the Conditional Release Panel from among the judges of the Basic Court in Prishtina and approved the list of proposed candidates for mentors, regarding the initial training for newly appointed judges, which will be sent to the Academy of Law.

Following this meeting, the Council appointed Judge Drilon Haraqia, Vice President of the Basic Court in Gjakova. After review and analysis, the Council rejected the requests of the two judges for transfer to the respective courts as the said judges are with the initial mandate.

Before the members of the Council, the Director of the Judicial Inspection Unit, Hydajet Hyseni, reported on the activities of this unit during 2020. Among other things, the Council decided to announce vacancies for the selection of members of the Performance Evaluation Commission, and established an ad-hoc committee to review the candidates’ documentation.

KJC, approved the request of the KJC Training Committee, to extend the deadline until June 2021, to attend mandatory training at the Academy of Justice and the proposal of the General Director of the KJC Secretariat, Shkelzen Maliqi, to determine the formula for the distribution of support staff positions according to the budget possibilities of 2021 and authorized the preparation of the personnel plan according to the formula and budget possibilities. Finally, the Council addressed two (2) disciplinary cases against judges.