The KJC 230th meeting is held 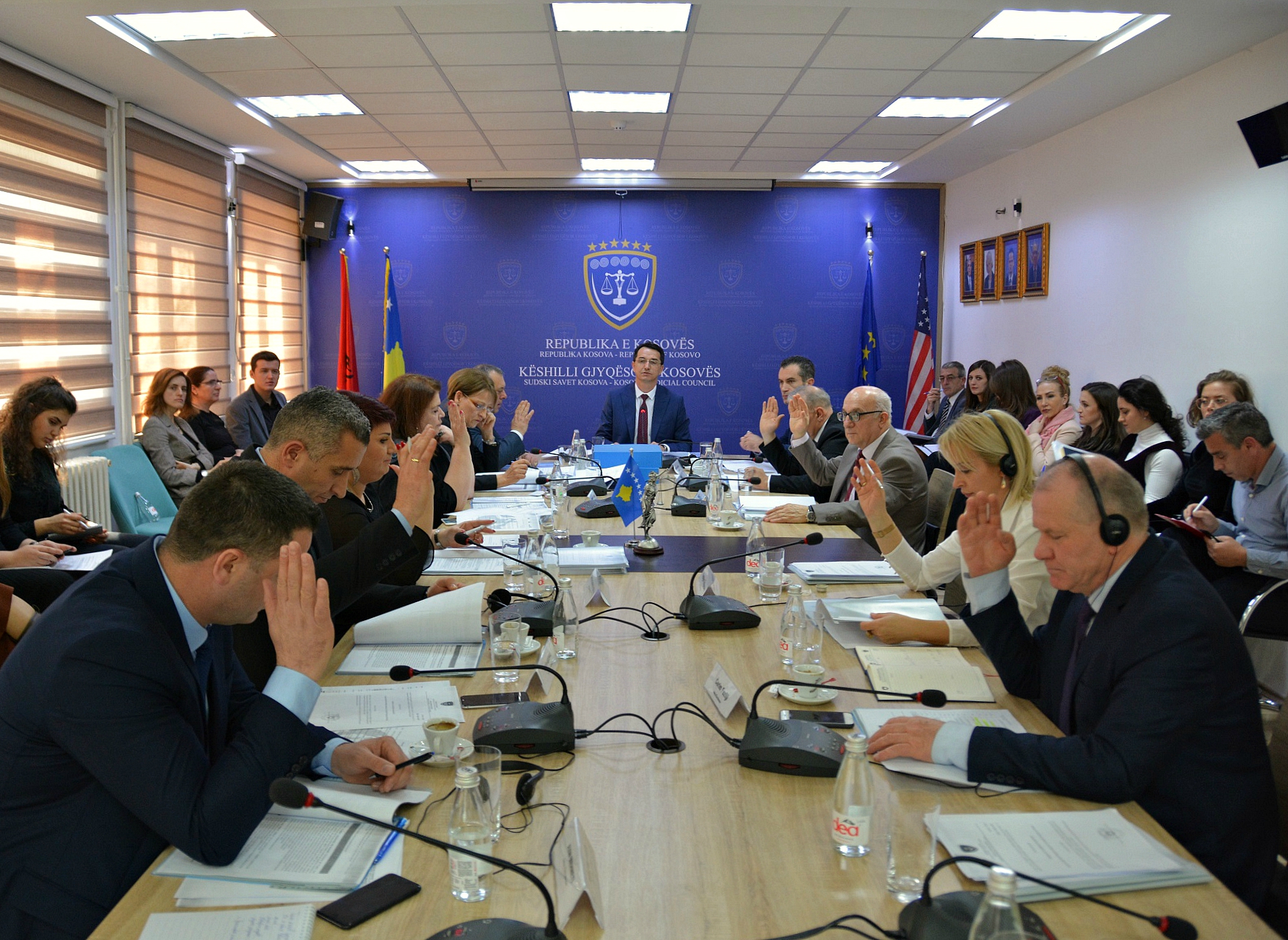 Pristina, 21.02.2020 – The Kosovo Judicial Council (KJC) held its 230th meeting chaired by Mr. Skender Çoçaj, where were discussed and approved the items in accordance with the planned agenda.

The meeting began with a discussion on the progressive processes of electing two members of the Council from the judiciary, where Council members approved the certification of the election result.

For the purpose of the sustainability of the CMIS Project, two draft agreements on the maintenance of CMIS and the Data Center, and on the exchange of data electronically by CMIS between the KJC and the Kosovo Prosecutorial Council were approved.

The Council also endorsed the draft Memorandum of Understanding between the Millennium Foundation of Kosovo and the KJC on “Activities of the Governance Project for Public Access to Judicial Information”, which is also related to CMIS.

The Council approved the draft Strategic Plan for the Judiciary 2020-2022, which aims to serve as a guide for the KJC and the courts to achieve the vision of an independent, accessible, accountable and transparent judicial system.

At the request of the President of the Basic Court in Ferizaj, Bashkim Hyseni, the Council appointed Judge Sahit Krasniqi as Vice-President of this Court.

With regard to the issue of indictment against the Coordinator of the Conditional Release Panel, the Council decided to apply the law on civil service.