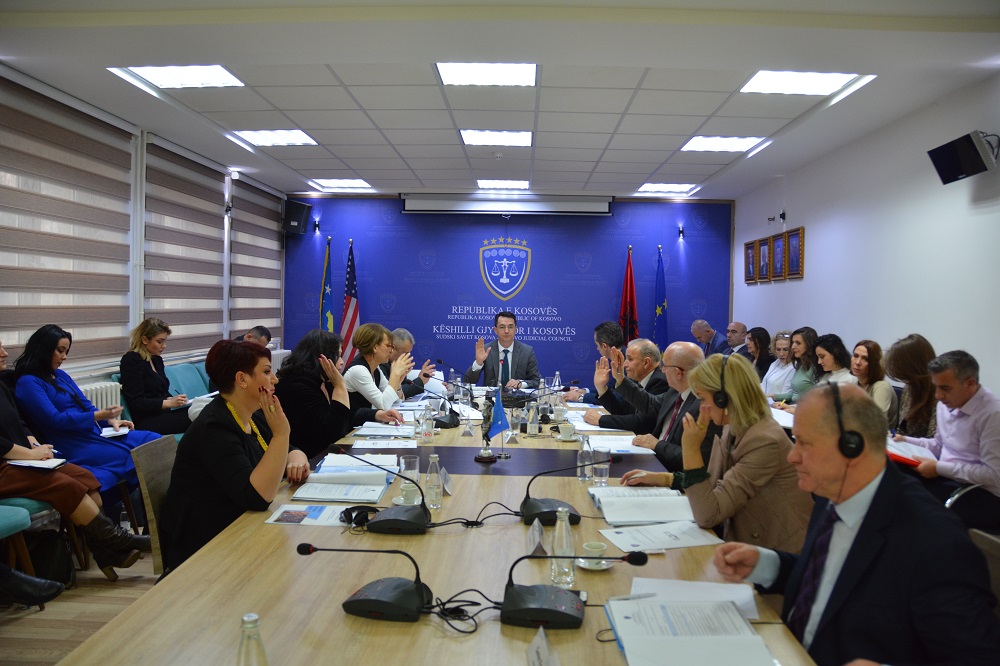 Prishtina, January 27th 2020 – The Kosovo Judicial Council (KJC), held its 229th meeting, chaired by its Chair, Skender Çoçaj, where items were discussed and approved on the agenda.

For the sake of transparency and eliminating human factor interference in case allocation, the Council adopted the criteria for the distribution of cases by Kosovo courts through the Case Information Management System, ICT / CMIS. Considering as a very important process for the judicial system, the criteria and their implementation before the members of the Council were presented by the Project Manager, Fatmir Rexhepi, who, according to him, participated in the drafting of these criteria a large number of experts.
The Council members approved the KJC 2020 meeting schedule and the notification of the Department of General Administration – KJCS, for the retirement of a judge at the Basic Court in Prizren.

Consequently, during the meeting, the request of the President of the Basic Court in Prishtina for the continuation of the position of Vice President of this Court, Judge Arben Hoti, as well as the request of Judge Beqir Kalludra, for his engagement as a trainer at the Institute of “Professional Legal Training”, was approved.
The KJC has set the dates for the election of KJC members to the Court of Appeal and the Basic Courts which will be public for the media and civil society.
Following the meeting, the Council gave its consent to a selected group of judges to pursue a mentoring program under the United Kingdom Project “Strengthening the Justice System in Kosovo”, with the aim of improving their knowledge and mentoring skills. Judges will attend four modules in London, with costs covered by the UK Government.
In order to provide a general orientation to the courts as well as easier identification of appropriate cases to refer to the mediation procedure, the Council adopted, Guidelines on appropriate court cases for mediation.

Among other things, the content of the annual report of the Kosovo Judicial Council for 2019 was adopted, which details the activities of the Council, the Secretariat and the courts.
At the end of the meeting, investigative panels for three disciplinary cases were established as a closed item of the agenda.